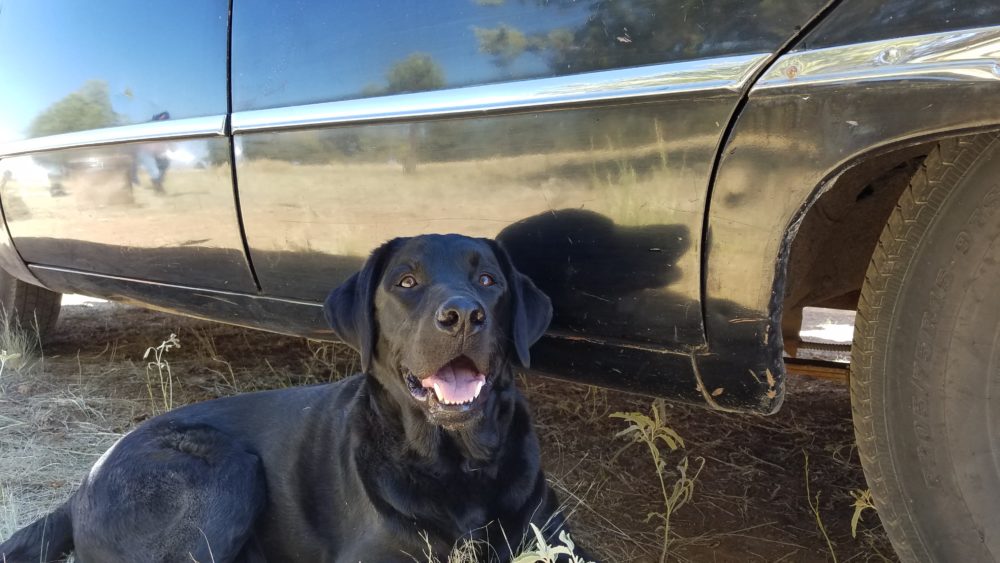 In August of 2017, about a year after completing Sarge’s companion training, we got a call from a Hollywood production company. They needed a Black Lab for a movie being filmed in and around Prescott. Though we’ve trained many Labs over the years, we thought of Sarge first. His family graciously approved. We had about a month to create all kinds of specific behaviors for his role. Working from the script, Michael taught Sarge to jump on a door on command until it opened, to sit perfectly still in the front seat of a car, and to chase a car down a long road. These were all behaviors he’d previously been taught not to do!

He was brilliant on the movie set, receiving a standing ovation from the director and the film crew. Directly after completing filming, Sarge came to stay with us. In less than a week we “proofed” all those “bad” behaviors away and they never returned, not once. That proves it: what they learn first takes precedence over later learning. This was one of the most interesting, fun and challenging projects we’ve ever done. And Sarge made it possible.

The crew and actors of the WishMan Movie were fantastic to work with, and Sarge made us so proud. Here is Sarge starring as Corky in the soon-to-be-released WishMan Movie. 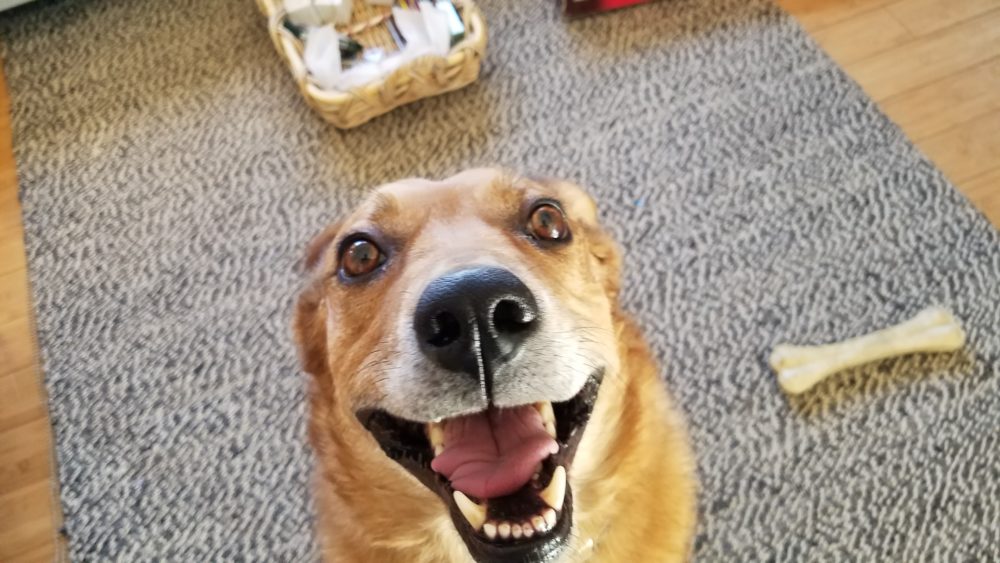 Ben is a rescue dog who came to us for training around the age of 3 or 4. He is our poster child for the diamond-in-the-RUFF rescue dog. Amazing for overcoming his tough beginnings and a pure joy to train, Ben is the perfect example of an undeveloped dog just waiting to achieve his full potential. He’s missing a good chunk out of his left ear. He has a little hitch in his giddy-up from an old injury in his hind end. And his smile lights up the room.

The Prescott Chamber of Commerce made a promotional video starring Ben as ‘Mike the Dog’. He was off leash through all the filming, with dogs and kids and traffic all around him. He patiently cooperated with every take, watching us all closely to understand what he could do to help.

This site uses cookies to provide a better experience to our users. Some of them are essentials while other help us improve your experience. By using our site, you consent the use of cookies.

This website uses cookies so that we can provide you with the best user experience possible. Cookie information is stored in your browser and performs functions such as recognising you when you return to our website and helping our team to understand which sections of the website you find most interesting and useful.

Strictly Necessary Cookie should be enabled at all times so that we can save your preferences for cookie settings.

If you disable this cookie, we will not be able to save your preferences. This means that every time you visit this website you will need to enable or disable cookies again.